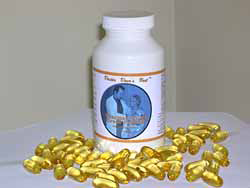 Nowadays there has been a lot of publicity and media coverage surrounding the anti-aging and libido-enhancing effects of growth hormones. However, according to researchers there is absolutely no scientific evidence that supports the claims of these growth hormones.

In fact, growth hormones that are sold only by prescription have been found to have negative side effects that include joint swelling and pain, carpal tunnel syndrome and a trend toward increased new diagnoses of diabetes or pre-diabetes.

According to Doctor Hau Lui, lead author of the study on the subject of growth hormones, “There is certainly no data out there to suggest that giving growth hormones to an otherwise healthy person will make him or her live longer.” We did find, however, that there was substantial potential for adverse side effects,” said a fellow researcher in the division of endocrinology at the California’s Stanford University Medical Centre.

Here are some statistics according to a 2005 study that was published in the Journal of the American Medical association. In the United States, people who are seeking to gain anti-age benefits of growth hormone treatment grew almost tenfold from 1990 to between 20,000 to 30,000 in 2004.