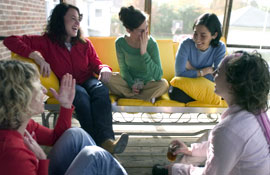 According to the Ohio-based North American Menopause Society, the advantages of short-term hormone replacement therapy likely outweigh the risks for younger women.

A new position statement on hormone therapy, to be published in its journal, Menopause, has been issued by the society. The society said the risks and benefits of hormone therapy change as a woman grows older.

As per the newspaper, hormones are still only suggested for short-term treatment of menopausal symptoms.

Speaking about the revelation, Harvard researcher JoAnn Manson, who worked on both that study and the new guidelines, told the Wall Street Journal, “I think these guidelines help to put the recent evidence and the new studies into perspective for women. I think the statement is likely to be reassuring to them that with short-term use the benefits of hormones are likely to outweigh the risks.”