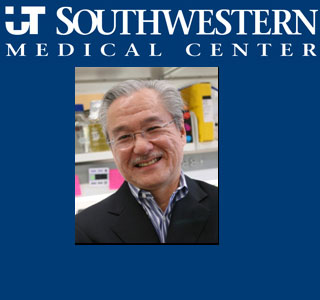 Genes are considered to be the subunits of DNA and vital for appropriate regulation of the body. A new research undertaken by the investigators from the UT Southwestern Medical Center affirms that disruption of two genes controlling circadian rhythms can lead to diabetes. It was ascertained that circadian rhythms are cyclical patterns in biological activities, such as sleeping, eating, body temperature and hormone production.

During the examination of mice, the experts explain that mice with damaged CLOCK and BMAL1 genes develop abnormalities in pancreatic cells. These abnormalities may finally contribute cells that are unable to release required quantity of insulin. It is assumed that the mammalian CLOCK gene identified in 1997 mostly operates in tissues of the body to regulate circadian rhythms.

Dr. Joseph Takahashi, an investigator with the Howard Hughes Medical Institute at UT Southwestern and co-senior author of the research added, “These results indicate that disruption of the daily clock may contribute to diabetes by impairing the pancreas’ ability to deliver insulin.”

The CLOCK gene appears to code for a protein called a transcription factor that binds to other genes and determines whether they become active. At the time of the research, the scientists investigated pancreatic islet beta cells secreting insulin when blood sugar levels elevate. While some mice were genetically engineered to have defective CLOCK genes, some others were registered to be BMAL1 gene deficient. Also mice were engineered to contain a bioluminescent molecule that allowed the researchers to detect the circadian clock in pancreatic cells as a fluctuating glow.

Dr. Takahashi alleged, “This finding indicates that disruption of clock genes only in the pancreas, and not the rest of the body clock, can produce early signs of diabetes. These studies are important because they show a direct link between the clock in pancreatic beta-cells and glucose regulation. This should aid our understanding of the causes of glucose abnormalities.”

It was then observed that normal islet cells glowed in a 24-hour rhythm, although the cells with impede CLOCK genes displayed almost flat rhythms. Every organ is believed to regulate its own internal clocks as cells from various organs present different circadian rhythm patterns. With the progression in the investigation it was noted that while the islet cells in the mutant animals created normal amounts of insulin, the CLOCK mutant cells were damaged in releasing the hormone.

The experts reveal that mice with damaged CLOCK genes were prone to obesity and other signs of metabolic syndrome and liver dysfunction. With adversely high blood sugar levels, the young mice seemed to be BMAL1 gene deficient only in the pancreas. These mice apparently displayed normal body weight and composition, and their behavior followed normal circadian patterns.