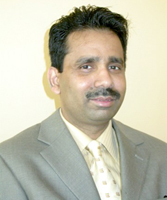 An Indian origin scientist in the US has reiterated that some general anesthetics used in long operations may cause brain disorders in elderly patients. A study led by Pravat Mandal of the University of Pittsburgh Medical School, US, found that halothane and isoflurane – two anesthetics that are inhaled – and the injected drug propofol cause symptoms of brain disorder.

These anesthetics encourage the clumping of proteins in the brain that cause Alzheimer’s, a progressive brain disorder that gradually destroys a person’s memory and ability to reason and make judgments, said Mandal.

“I work on Alzheimer’s, Parkinson’s and dementia with Lewy body disease using the NMR scan and brain imaging. I do not know in particular what anesthetics are used in India. However, the gaseous method is popular due to its cost,” Mandal said.

“They may cause harm to elderly people,” said Mandal, who is an assistant professor in the Department of Psychiatry at the university and did his Ph.D from the Indian Institute of Technology (IIT), Madras.

Anesthetics are used to temporarily reduce or take away sensation so that surgical procedures can be performed without causing pain. They can be induced by drugs injected into a vein or through gases inhaled by the patient. These methods are often combined.

Mandal’s study also found that halothane interacts directly with beta amyloid – the major constituent of amyloid plaques in the brains of people afflicted with Alzheimer’s – to change its shape and increase the rate at which it binds with nearby proteins.

Just six hours of exposure to halothane was enough to trigger protein clumping similar to that seen in people with Alzheimer’s, says the study that involved animals and laboratory tests.

“If the same thing occurs in humans, anesthetics could lead to more amyloid plaques which may lead to earlier memory problems.”

For long-term anesthesia, physicians must pay attention to biophysical (non-clinical) research, he said.

While Parkinson’s disease is a degenerative disorder of the central nervous system that often impairs the sufferer’s motor skills and speech, dementia is progressive deterioration in intellectual function and other cognitive skills, leading to a decline in the ability to perform activities of daily living.

Similarly Lewy body disease is a kind of dementia caused by damage in the brain. It is similar to Alzheimer’s.