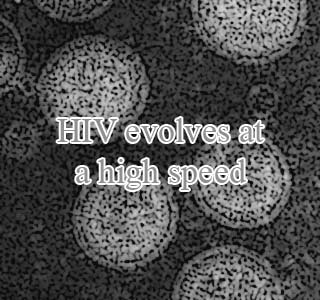 An international research has demonstrated that HIV is evolving rapidly to escape the human immune system. This adds to the difficulties of developing an effective vaccine against this virus.

As a result of rapid mutations in them, HIV can evade the genetic variations which naturally offer protection against this virus. It is stated that the human leukocyte antigen plays a very crucial role in the immune system. They aid the immune system to detect and destroy the infected cells within the body. The human leukocyte antigen genes are different for everyone. These genes may determine the period that a person takes to progress from HIV infection to AIDS.

Lead researcher, Professor Philip Goulder, a Wellcome Trust Senior Research Fellow at the University of Oxford, says that, “Even in the short time that HIV has been in the human population, it is doing an effective job of evading our best efforts at natural immune control. This is high-speed evolution that we’re seeing in the space of just a couple of decades.”

The researchers state that HIV is very quick in adapting to the immune response of human beings. Thus these findings indicate the need to develop an effective vaccine which has to be constantly changed in order to be at par with the growing virus.

This research was partly funded by the Wellcome Trust. Their findings are published in the Nature journal.