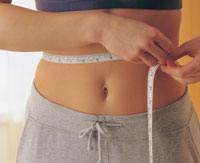 Most of us, which certainly includes me, have always believed that burning calories is more beneficial to the body and a healthier option, in comparison to perhaps eating lesser calories. But a new study seems to refute this belief.

According to the latest study conducted by researchers at the Pennington Biomedical Research Center in Baton Rouge, La, whether you eat fewer calories or burn them off through exercise, the effect on body composition and fat distribution is the same. The study revealed that dieting alone is as effective as a combination of diet and exercise at cutting weight and fat – as long as calories consumed and burned equal out.

In addition, the study, which is published in the Journal of Clinical Endocrinology & Metabolism.also pointed out that adding exercise to a weight-loss program doesn’t change body composition and abdominal fat distribution. That challenges the theory that specific exercises can reduce fat in certain areas. For example, some exercises are supposed to specifically target abdominal fat.

Study senior author Dr. Eric Ravussin said, “It’s all about the calories. So long as the energy deficit is the same, body weight, fat weight, and abdominal fat will all decrease in the same way.”

The people in the third (control) group were put on a healthy diet designed to maintain their body weight.

“The inability of the interventions to alter the distribution of fat suggests that individuals are genetically programmed for fat storage in a particular pattern and that this programming cannot easily be overcome,” Ravussin maintained.

“For overall health, an appropriate program of diet and exercise is still the best,” Ravussin said.

Australian Biologist get Green signal to Deep-freeze Himself and Parents