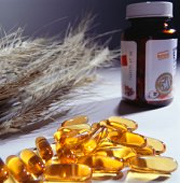 Consuming certain vitamin supplements with the hope of acquiring good health may adversely affect your lifespan, says a new study. People all over the world use antioxidant supplements such as vitamins A and E, and beta-carotene.

The researchers, led by the Cochrane Hepato-Biliary Group at Copenhagen University, looked at many previous studies and reviewed more than 815 clinical trials on the benefits of vitamins A, E, and C, alongside beta-carotene and selenium – all commonly-used supplements, reported an online edition of BBC News.

They said there were several different explanations for this increase in risk and suggested that knocking out ‘free radicals’ (a group of atoms that damage cells) might actually interfere with a natural defence mechanism within the body.

While vitamin supplements have been popular for decades, the precise benefits they offer – if any – remain uncertain, despite hundreds of research projects.

“We already know that taking supplements isn’t in any way a replacement for a good balanced diet,” the researchers said.

Frankie Phillips, a nutritionist at the British Dietetic Association, said food contained a complex matrix of different components that could not be replicated by supplements.

“Our advice is to eat a wide range of foods in a balanced diet that can provide all of the nutrients the body needs to protect itself and combat diseases,” he added.

The team has also called for more research into the effects of vitamin supplements on health in their report appearing in Wednesday’s Journal of the American Medical Association.

However, Ann Walker of the Health Supplements Information Service has called the findings of the study “worthless”. She said some of the studies that had been examined by the Copenhagen team involved patients who were already seriously ill.

“How can sensible scientists suggest that a modest intervention of a single antioxidant supplement can have a major effect in reversing life-threatening pathology where patients already have advanced cardiovascular disease?” she asked. “Vitamin, mineral and dietary supplements not only have proven health benefits, they are essential to the maintenance of good health,” she added.