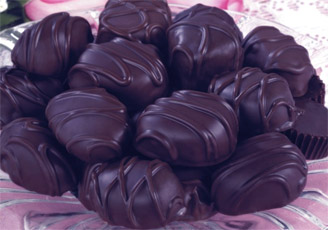 A team of international researchers have carried out a study which found that certain things can boost one’s grey matter. The best part is that all of them are totally delicious, so read on to find out more.

If you really want to boost your brain power, you should consume dark chocolate, cold meat and have plenty of sex, everyday if possible.

According to the study, those who wish to improve their mental ability should also avoid smoking cannabis, watching soap operas and hanging out with those who moan. Instead, acts like cuddling a baby, cheating at homework, reading out loud and doing a business degree can boost one’s power of the mind.

Cognitive psychologist Terry Horne and biochemist Simon Wootton, who co-authored “Teach Yourself: Training Your Brain”, argue that lifestyle choices are very important to keep oneself in top mental as well as physical condition.

“Lifestyle can boost your brain power. What your lifestyle does is help to create the chemical conditions in your brain,” explained Terry Horne.

“Mix with people who make you laugh, have a good sense of humor or who share the same interests as you, and avoid people who whine, whine and complain, as people who are negative will make you depressed,” Horne was quoted as saying.

The book called ‘Teach Yourself: Training your Brain’ also contains several mental exercises and radical ways of thinking on how diet, the environment, stress and other aspects of modern life affect our mental capacity.

The researchers also mentioned in the study that sex can have a very positive impact, listing seven chemical reactions the brain undergoes during sexual intercourse which actually helps in improving its functioning ability. Sex raises levels of oxytocin aka the ‘trust’ hormone, which increases a person’s readiness to think of novel or risky solutions to a problem, according to the researchers.

Interestingly, the book also says that speaking in front of a class helps pupils because of the repetition involved. Meanwhile, adults can boost their memory by counting aloud to 99 in threes as fast as they can.

The researchers have recommended that people should seek a concept known as BLISS- Body-based pleasure, Laughter, Involvement, Satisfaction and Sex- all of which enable the mind perform at its best.

So, it looks like you will have to leave those crosswords aside, and stock up on dark chocolate, cold meat and some good ol’ sex.