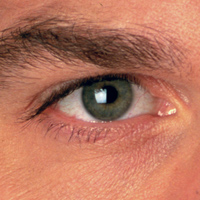 The mineral zinc, which is present in every part of the body, could be an indicator of common eye diseases, says a study that could help in the development of new treatment.

Zinc had previously been shown to contribute to the formation of plaques in the brains of patients with Alzheimer’s disease. It is also vital for the healthy working of many of the body’s systems. Zinc is particularly important for healthy skin and is essential for a healthy immune system and resistance to infection.

However, Imre Lengyel and other researchers at London’s Institute of Ophthalmology found that the mineral zinc may play a role in the development of age-related macular degeneration (AMD), the leading cause of blindness among elderly people in the developed world. AMD is a form of macular disease, which affects the eye’s retina and causes loss of central vision. It often affects older people.

The study, published in Experimental Eye Research and led by London’s Institute of Ophthalmology, found that people having more zinc levels in deposits in the eye might have AMD.

The early sign of the disease is the formation of microscopic structures called drusen in the eyes. The study found that drusen in eyes with AMD contains very high levels of zinc.

“AMD can be considered the Alzheimer’s disease of the eye, in that both involve the build-up of proteins and metals like zinc and copper into microscopic clumps,” the researchers said.

The study could help the development of new treatments for the disease, they said.