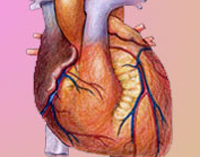 An experimental drug is the first to substantially and safely improve shortness of breath and other symptoms in people hospitalised with severe heart failure, an epidemic that is growing as baby boomers age, doctors said. However, many were disappointed that the drug also did not help people live longer or stay out of the hospital.

“What we really need are therapies that are going to improve the outcome,” said Dr Gregg Fonarow, an American Heart Association spokesman from the University of California at Los Angeles.

He had no role in the study, which was led by Marvin Konstam of Tufts-New England Medical Centre and presented at an American College of Cardiology conference. Results also were published online by the Journal of the American Medical Association and will be in its March 28 issue.

Heart failure occurs when the heart muscle weakens over time and can no longer pump effectively. Fluid can back up into the lungs and leave people panicked and gasping for breath.

About five million Americans have the condition. It kills more than 300,000 and accounts for a million hospitalisations each year.
Severely ill heart failure patients need to shed buckets of water, but current treatments either do not cause this fast enough or lead to kidney damage or loss of essential body salts called electrolytes.

The new drug, tolvaptan, is a first-of-its-kind medication that blocks a hormone responsible for fluid retention.