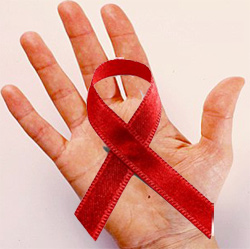 A new study has analyzed how HIV develops into AIDS. This UC Irvine study also suggests a possible way to block the deadly transformation.

The study led by biologist Dominik Wodarz for the first time shows that the development of AIDS might require HIV to evolve within a patient into a state where it spreads less efficiently from cell to cell.

Now, this counters the current belief that AIDS develops when the virus evolves over time to spread more efficiently within a patient, eventually leading to the collapse of the immune system.

The study also finds that multiple HIV particles must team up to infect individual cells, called co-infection, in order for deadly strains to emerge and turn the infection into AIDS.

If just one virus particle infects a cell, the deadliest strains may not be able to evolve, stopping HIV from progressing to AIDS. By keeping more than one HIV particle from infecting a cell, scientists might be able to ward off AIDS, the study suggests.

“If this is true, a new approach to therapy could be to block the process of co-infection in cells. This would prevent deadly HIV strains from emerging and the patient would remain healthy, despite carrying the virus,” said Wodarz, who used a mathematical model to draw his conclusions.

HIV develops in three stages. During the first few weeks, the virus grows to very high levels and can cause symptoms similar to a general viral infection such as the flu. The virus then drops to lower levels and the patient enters the asymptomatic phase that lasts on average 8-10 years. During the last stage, AIDS develops and the immune system collapses. Without an immune system, the patient cannot survive.

It is not well understood how the asymptomatic phase transitions into AIDS. The common notion is that HIV evolves to grow better over time following Darwin’s theory of natural selection, eventually killing the patient.

But Wodarz’s mathematical model, which takes into account how well the virus spreads and how quickly it kills the cells it invades, shows that the most deadly HIV strains do not spread the fastest from cell to cell. This surprised Wodarz because evolution tends to allow strong organisms to thrive, while weaker organisms become extinct.

According to him, the explanation rests with the fact that multiple HIV particles can invade a single cell. Wodarz’s calculations show that, in this situation, viral evolution within a patient is fundamentally altered, allowing the deadly, slower-spreading strains to emerge over time and trigger the onset of AIDS.

These notions can be tested experimentally. If confirmed, Wodarz believes scientists could use this knowledge to develop a drug that blocks the cellular invasion of multiple HIV particles. This would create an environment in which the most deadly HIV types cannot emerge. This, he says, could keep HIV from developing into AIDS. No such drug currently exists.

This theory could explain why certain monkeys that are naturally infected with the monkey version of HIV never develop AIDS. According to Wodarz’s model, multiple virus particles may infect cells at reduced levels or not at all. Wodarz says this theory also could be tested experimentally.