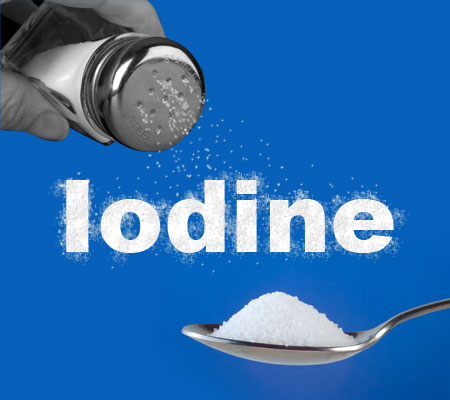 Countries like India have sparks of brilliance and decades of mediocrity. More than 70 years after the historic ‘Dandi March’, millions of children in the country still suffer from the debilitating effects of an easily preventable deficiency disorder, iodine deficiency. An estimated 50 percent of new-born children, in India, are believed to be vulnerable to this deficiency.

It can lead to serious birth defects, if not still birth. Defects range from mild physical and mental retardation to overall stunted growth, paraplegia and deaf-mutism. It can cause a multitude of hormone related conditions in adults as well.

Iodine is a micro-nutrient, i.e. it is required in trace amounts (150 micrograms a day to be precise). Since it cannot be stored in the body, it needs to be a part of the daily diet. Vegetables, soil, pulses etc. contain iodine in small amounts. However, the further a region is from sea level, the lesser is the content of iodine in the soil. Consequently, higher is the incidence of iodine deficiency. However, it does not mean that it is non-existent in cities and coastal areas. Some varieties of seafood have iodine in high content. But that is not a feasible source for daily nutritional requirements. In addition, mercury poisoning may prove to be worrisome. The same process through which ‘sea plants’ concentrate iodine in their bodies also filters and accumulates pollutants.

The simplest way of combating this deficiency is iodized salt, a commodity that is taken for granted in any country worth its salt (pardon the pun). Most western countries have completely conquered iodine deficiency since decades, by making iodized salt universal. So is the case with Vitamin-D fortified milk products, Vitamin C and many other nutrients in the U.S. Iodized salt came to India in the 80’s in the form of TATA salt, which was followed by Captain Cook among others. However, plain non-iodized salts are still used in high quantities. Ignorance can do as much harm as the license-mongerers, who are still fighting the law in an attempt to make iodized salt mandatory.

All you have to do is pay a little more attention next time when you are at the super market. You might be surprised to find many other details on the packaging of these goods. From collective experience there is no wisdom in complaining or waiting for regulation.

Hormone disorders can occur in adults too and iodine deficiency is not the sole cause. The most common form of thyroid disorder is hypothyroidism followed by goiter. Hyperthyroidism is observed in around 1-2 percent of the cases. These are mostly auto-immune disorders with possible genetic etiology. The incidence of iodine-related cases in India, however, is higher. This is despite UNICEFS world-wide drives.

In hypothyroidism, the performance of the thyroid gland is suppressed, as the body’s immune cells attack it. This causes a slow-down in overall metabolism manifesting itself in fatigue, weight gain, dry skin etc.

In hyperthyroidism resulting from over-stimulation of the gland, metabolism speeds up to unhealthy levels. This is manifested in restlessness, weight loss, protruding eyes etc.

In goiter, the thyroid gland, situated just below the Adam’s apple, may swell to grotesque proportions; a small proportion of which may be malignant.

A major gap in therapy is the diagnosis itself. Suspicion and detection are often delayed leading to high morbidity. Low levels of awareness in primary health care workers, in family physicians, and even in the patients themselves are responsible for this. Another cause is that, thyroid testing is not available in all the laboratories. It is also an expensive test ranging from approximately Rs. 700 onwards.

Once suspected, its diagnosis is very straightforward. However, due to the overarching and initial weak presentation nature of the symptoms, physicians may lean towards a more standard diagnosis such as diabetes or hypertension, which would seem more consistent with the patient’s history and disposition. As far as cases of congenital thyroid disorders are concerned, we are years, if not decades away from genetic counseling being routine.

These are usually chronic conditions. Pills containing thyroid hormone are required to be taken. The dosage is typically tapering. In hyperthyroidism, radioactive iodine therapy is popularly used. Don’t let the word ‘radioactive’ mislead you. Since iodine is only taken up by the thyroid gland in the body, the toxicity loaned by the radioactive iodine is highly selective towards the gland. In lay-man terms, side effects are not as severe as other forms of radio therapy. In some cases, especially goiters and the like, surgical intervention may be considered.

So, apart from remembering the above mentioned symptoms and checking the salt labels we use, we should suggest other people to do the same as well. They may be fellow citizens who are not as well informed as readers of this website or have forgotten what was taught to them in school about iodine or maybe even never got a chance to be armed with awareness.