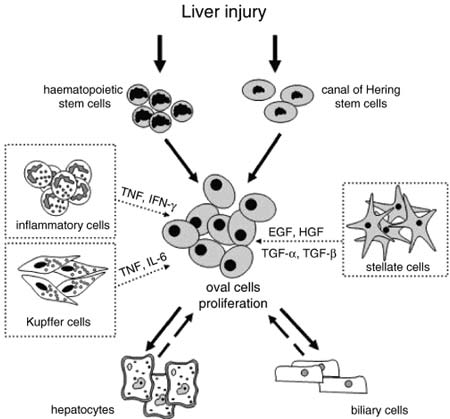 U.S. medical scientists have determined the way the human liver renews itself might be a simpler process than had been assumed. Harvard Medical School researchers said their findings could significantly affect the way physicians make livers regrow in patients who have liver diseases such as cirrhosis, hepatitis or cancer.

“The human liver is one of the few organs in the body that can regenerate from as little as 25 percent of its tissue,” said Dr. Seth Karp, assistant professor of surgery and main author of the study. “It is not known how the liver does it but our results provide some details of what makes the liver so unique.”

Although organ regeneration has been observed in many animals, the details of how it happens at the cellular level aren’t completely understood. So far, Karp said, scientists have shown that cells participating in tissue regeneration behave as if they were part of a growing organ in an embryo.

Many of the proteins that induce organ regeneration have been identified and scientists are now trying to make organs regrow by stimulating those proteins.

The study is reported in the Journal of Biological Chemistry.