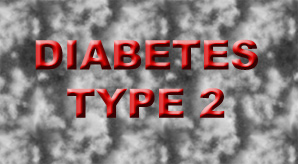 Scientists at Zurich University have developed a promising new therapy that targets the progression of diabetes type 2. Type 2 is the most common form of the disease and affects 90 per cent of diabetics. Type 2 diabetes is also on the rise worldwide due to health and lifestyle factors such as being overweight.

Diabetes is an incurable condition in which there is too much glucose in the blood. Type 2 normally develops in later life and can lead to health complications, such as heart and liver problems.

In the study, Marc Donath, professor of endocrinology and diabetes at Zurich University Hospital, and his team found that daily injections of anakinra, a drug also used to treat rheumatoid arthritis helped patients by targeting a cause of the disease.

“Until now we had treatments which weren’t able really to stop progression of the disease and here we are interfering with a mechanism responsible for it,” Donath said.

Type 2 diabetes occurs when the body cannot produce enough insulin or use it effectively. Insulin, a hormone produced in the pancreas, is needed to transport sugar from the blood to cells, where it is used for energy.

Insulin-producing beta cells are sometimes destroyed in type 2 diabetes. Donath and his team already knew that a substance called interleukin beta was responsible for this in type 2.

Scientists found that glucose levels were lower and the secretion of insulin better in the group that had taken anakinra. Patients also showed reduced systematic inflammation in the body which is a contributory factor for diabetes-related complications, such as heart problems.

The drug was found to have few side effects and Donath and his team are planning to conduct follow up studies.