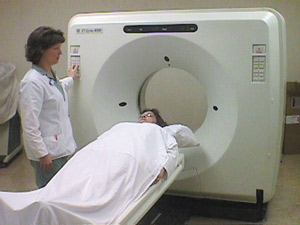 Computed tomography, widely referred to as CT scans, uses radiation to assist doctors in the diagnosis of health problems inside the human body. In spite of being an extremely valuable technology, CT scans have now raised concern by experts.

In a new study doctors from Columbia University Medical Center have warned that the excess radiation from CT scans could increase the risk for cancer.

The analysis by these researchers comes just as another analysis was released this week by researchers at Brown University, who found that pregnant women are being exposed to twice the amount of radiation through CT scans as they were in 1997.

Also, past research conducted on atomic bomb survivors and nuclear plant workers shows that just a bit of exposure to radiation could increase the risk of cancer.

Based on this evidence, doctors now say that having just 2 or 3 CT scans could significantly increase the odds of cancer. The danger to any one individual is low without a doubt. However, experts say the risk increases when applied to a whole population.