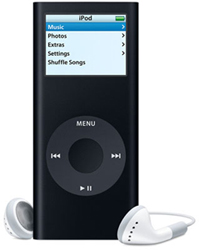 According to a preliminary study, iPods can cause pacemakers to malfunction by interfering with the electromagnetic equipment that monitors the heart. This study has been deemed preliminary as it was presented by a 17-year old high school student at a meeting of heart specialists.

This study tested the effect of iPods on 100 patients, whose mean age was 77, and who were outfitted with pacemakers.During the study, electrical interference was detected half of the time when the iPod was held just 2-inches from the patient’s chest for 5 to 10 seconds.

In some cases, the iPods caused interference when held 18-inches from the chest. Interference with the telemetry equipment caused the device to misread the heart’s pacing. In one case, this also caused the pacemaker to stop functioning altogether.

The lead author of the study, Jay Thaker, is a student at Okemos High School in Okemos, Michigan. Thaker concluded that iPod interference can lead physicians to misdiagnose actual heart function.

Jay Thaker’s father is an electro physicist, while his mother is a rheumatologist. Apparently, Thaker asked his father about a potential interaction between pacemakers and iPods.

“We looked online but didn’t see anything. Then, one of his patients asked him if there would be a problem, so (my father) put me in touch with Dr Krit (Jongnarangsin),” Thaker said in a telephone interview.

“Most pacemaker patients are not iPod users,” Jongnarangsin said. For that reason, he said, it is unclear how often iPods cause misdiagnosis. “This needs to be studied more,” Jongnarangsin added. Thaker said he is interested in doing a similar study about how implantable cardioverter defibrillators, known as ICDs, are affected by iPods.

Drug useful in the treatment of opioid addiction is unveiled