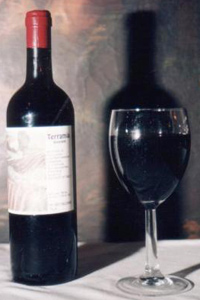 In older people with mild cognitive impairment, having a drink now and then — up to an average of one drink of alcohol each day — may delay progression to dementia, new research suggests.

“While many studies have assessed alcohol consumption and cognitive function in the elderly, this is the first study to look at how alcohol consumption affects the rate of progression of mild cognitive impairment to dementia,” study authors Dr. Vincenzo Solfrizzi and Dr. Francesco Panza, from the University of Bari in Italy, said in a statement.

The participants were between 65 and 84 years of age at the start of the study, and they were followed for 3.5 years. Alcohol use was assessed starting the year before the survey.

Drinking was not associated the development of mild cognitive impairment, according to the report. However, once mild impairment occurred, subjects who had up to one drink per day of alcohol had an 85 percent reduced risk of dementia compared with those who abstained.
The benefit was seen with both alcohols in general and with wine in particular.

Having more than one drink a day, however, offered no protection against dementia compared with abstaining, the report indicates.

“The mechanism responsible for why low alcohol consumption appears to protect against the progression to dementia isn’t known. However, it is possible that the arrangement of blood vessels in the brain may play a role,” Solfrizzi and Panza conclude.