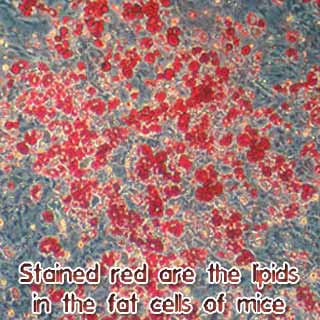 A team of researchers are said to have unveiled a particular gene which seems to be associated with the process of converting dietary carbohydrates to fat. They believe that the identification of this gene could prove to be helpful in curbing the incidences of obesity related to excess intake of high-carbohydrate foodstuffs. This interesting research was conducted by the University of California, Berkeley.

The researchers, in order to verify the role of the DNA-dependent protein kinase gene, disabled this particular gene in mice. This particular gene is believed to already have been the focus of various researches because of its ability to repair breaks in the DNA. This gene was also found to help treatments against cancer to effectively fight against the tumor cells. Thus, the discovery of its role in fat production seemed to have astounded the researchers.

“It turns out that DNA-PK is critical to a metabolic process we have been trying to understand for 20 years. For the first time, we have connected DNA-PK to the signaling pathway involved in the formation of fat from carbohydrates in the liver. Identifying this signaling pathway involving DNA-PK brings us one step forward in understanding obesity resulting from a diet high in carbohydrates, and could possibly serve as a potential pharmacological target for obesity prevention,” says
Research head, Hei Sook Sul, professor in the Department of Nutritional Science & Toxicology, University of California Berkeley.

The researchers on an evaluation of this gene in mice discovered that in the mice, whose DNA-PK gene was knocked out, were more resistant to obesity induced by excess high-carbohydrate intake. It was also noticed that these mice had lower plasma lipids, which could in turn lower their risk of developing cardiovascular diseases. Thus, it is believed that this gene could be the main target for the prevention of obesity. Having said this, the researchers also state that the most efficient way of controlling one’s weight is to follow a healthy diet and lifestyle.

Their findings are published in the Cell journal.