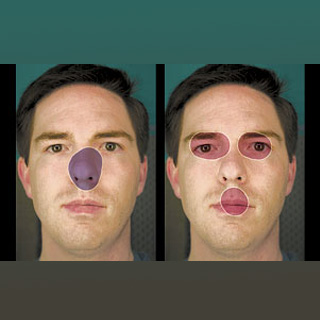 This news may deliver a few interesting facts about the examining techniques of different races. A study author from Universite de Montreal Department of Psychology, PhD student Caroline Blais, claims that Caucasians and Asians apparently do not scan faces in the same way.

Preceding studies have supposedly illustrated that individuals gather information by regularly examining the eyes plus the mouth of a face.

“The problem is that these studies always used Caucasian test subjects,” commented Blais.

Blais is said to have used a camera intended to trail eye movements to inspect around 14 Caucasian and 14 Asian subjects. As part of the experiment, participants were supposedly illustrated around 112 Caucasian and Asian faces and asked to account if they had observed the face prior to this and to call out the governing mannerism. The study appears to have established that Caucasians observe the triangle of the eyes and mouth, while Asians seem to concentrate on the nose.

Caucasian and Asian participants apparently performed extremely well in identifying someone of their race, yet both supposedly had a similar level of complexity in recognizing someone of a different racial group. As per Blais, this appears to be more about the investigative technique of Caucasians and the holistic method of Asians.

In a second experiment, the volunteers had to supposedly identify an emotion namely surprise, fear, disgust or joy. Asians seemed to frequently concentrate on the eyes and not adequately on the mouth, which appeared to signify that a few emotions were incorrectly recognized.

Blais mentioned, “Asians had particular problems with negative emotions. They confused fear and surprise as well as disgust and anger. This is because they avoided looking at the mouth which provides a lot of information about these emotions.”

Blais is of the opinion that cultural or biological reasons could clarify as to why humans do not read faces in a common manner.

The study was published in Current Biology and PLoS One.