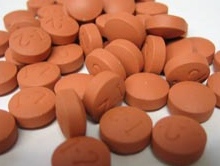 Spanish researchers have said that the anti-inflammatory drug ibuprofen tended to improve cognitive function in rats who were induced with chronic liver failure.

Vicente Felipo, of the Centro de Investigacion Principe Felipe in Valencia, in Spain, examined whether alterations associated with inflammation are involved in learning impairment in rats that had chronic liver failure.

Rats that had chronic liver failure due to insertion of a porta-caval shunt, showed a decreased ability to learn a Y maze.

However, after administration of ibuprofen, their ability to learn the maze was completely restored.

In addition, the researchers found that ibuprofen normalized the activity of inducible nitric oxide synthase and cyclooxygenase two enzymes that play a role in inflammation in the cerebral cortex.

The findings support the idea that reducing inflammation would improve cognitive function in patients with hepatic encephalopathy — impaired cognition.