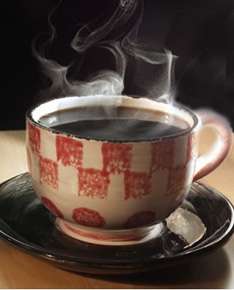 It’s finally time to bid goodbye to those uncontrolled contractions of the eyelids. Drinking coffee can prevent this phenomenon called blepharospasm which in actual fact is a dystonia caused by involuntary muscle movements.

Researchers at the University of Bari, led by Giovanni Defazio found that Italians’ favourite wake-up drink can help to avoid the annoyance, despite popular opinion that coffee might actually be the main cause of the problem.

While one little cup does not solve the problem, researchers said, it could offer some natural protection.

Defazio studied the effects of smoking and coffee on 166 patients, after previous research had shown the positive effect of cigarettes, according to the Journal of Neurology, Neurosurgery and Psychiatry.

But a comparison with a control group showed that the cigarettes did not help counteract the blepharospasm, while the coffee showed some efficiency in preventing it.

The substance responsible for this protective effect is the caffeine, which stimulates the receptors that control the movements in the ganglio-basal area of the brain.