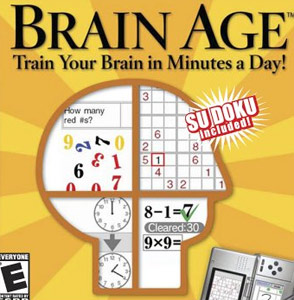 Researchers at the University of Michigan have found that ‘Train your Brain’ programs don’t work well for everyone. The researchers also revealed what exactly can help to make a training program successful.

Nowadays, brain and memory games which claim to lower one’s brain age by repeatedly playing such games are becoming increasingly popular. Not only that, on the next-generation Nintendo Wii video game console, kids as well as adults can play ‘Brain Games’ meant to improve the brains functions.

However, the University of Michigan researchers Cindy Lustig and David Bissig after conducting a study on this matter, suggested otherwise.

As part of the study, Lustig and Bissig conducted a memory training program that has been used both with healthly older adults and people in the beginning stages of Alzheimer’s disease, and asked what was the difference about people who showed big benefits from training versus those who showed little or no improvement at all.

The study found that in order to improve memory, one not only needs to work hard, but also to work smart. People in their 60s and 70s used a strategy of spending most of their time on studying the materials and very little on the test. They were the ones who showed large improvements over the testing sessions.

Meanwhile, most people in their 80s and older, spent very little time studying. Instead they spent most of their time on the test. These people did not do well and showed very little improvement even after two weeks of training.

Lustig said, “The bottom line is that in most memory training programs, the people who likely need training the most-those 80 and older and people with lower initial ability-improve the least.”

The study concluded that what really mattered for memory and what seemed to change as people got older was not only how much time one spent trying to remember something, but where the efforts were put.