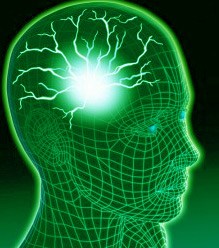 Scientists are working on a brain implant with the ability to more reliably detect and forestall epileptic seizures.

An implant that detects seizures, and then delivers an electric current to stop them, is already being tested in humans by Neuropace of Mountain View, California.

However, Pedro Irazoqui of Purdue University in West Lafayette, Indiana, says that this implant monitors only eight locations in the brain, and may thus give false positives.

Along with his colleagues, he has now developed an implant that can monitor up to 1000 regions, lowering the risk of false alarms.

According to New Scientist, the brain implant will be connected to a “living electrode”, also in the brain, and covered with neurons that have been modified to release a neurotransmitter that suppresses the seizure.

Irazoqui believes that the use of chemical in place of electrical signals to stop the seizure may reduce brain trauma from the implant.