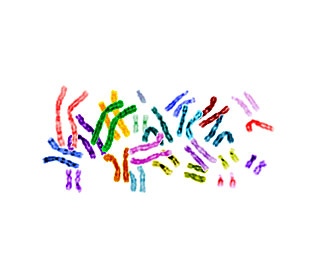 Kabuki syndrome is assumed to be a rare disorder leading to multiple birth defects and mental retardation. Investigators from the University of Washington in Seattle have apparently laid hands on genetic alterations that are responsible for most cases of this disorder. These alterations seemingly appeared after using a novel, rapid and affordable DNA sequencing strategy.

In the new approach only the exome is sequenced and not the entire human genome. Exome is known to be 1-2 percent of the human genome that includes protein-coding genes. Kabuki syndrome patients may reveal distinct facial features. This research is claimed to be a part of a larger investigation on employing ‘second generation’ DNA sequencing technologies for finding genes involved in rare disorders.

“It’s clear from this work that new DNA sequencing technologies are powerful and effective tools that scientists can use to accelerate the discovery of genes involved in rare diseases, an effort that previously was slow and costly. The potential to rapidly identify gene mutations causing more than 6,000 rare diseases is an important step forward for researchers who are trying to understand the biology of these conditions and thereby improve strategies to care for patients they affect,” remarked Eric D. Green, M.D., Ph.D. NHGRI Director.

In the course of the research, investigators sequenced the exomes of 10 unrelated patients with Kabuki syndrome. Scientists believe a single gene alteration to trigger this disorder, so they compared the exomes of the 10 patients to the human genome sequence. This probably helped them to evaluate the variations in the affected individuals. In the beginning of the investigation, not even a single difference was apparently noted. Also the hypothesis that Kabuki syndrome is more genetically heterogeneous than originally assumed, and that multiple genes could potentially cause the disorder was also tested.

As a result, new matching variants supposedly occurred in three genes among nine of the patient’s exomes. While they were seemingly shared in six genes in at least eight exomes, they were also shared in 16 genes among seven exomes. Each Kabuki case was categorized on the basis of a subjective assessment of the ability in the patient to match the characteristics of Kabuki syndrome. The researchers also examined certain variants in genes possibly causing loss of function. While analyzing the gene MLL2 appeared to play a crucial part.

Jay Shendure, M.D., Ph.D., assistant professor of genome sciences at the University of Washington School of Medicine and the co-senior author elucidated, “Our findings strongly suggest that alterations in the MLL2 gene are a major cause of Kabuki syndrome.”

Unique variants triggering a loss of function in the MLL2 gene were apparently discovered in the four highest ranked cases, and in three of the remaining six cases. It was mentioned that the variants were nonsense and frameshift mutations. Scientists suggested the nonsense mutation to exchange a single nucleotide in the gene code. It was noted that single nucleotide is a molecule that links to form DNA. Simultaneously the frameshift mutation may result in a four nucleotide deletion in the gene.

Every nonsense and frameshift mutation appeared to result in the production of a shortened, nonfunctional protein in these cases. It is assumed that the MLL2 gene normally encodes a protein vital for controlling chromatin. Researchers describe chromatin as a protein beneficial in packing the DNA in a compact form and enabling the chromosome to fit in the cell nucleus. Alterations in the chromatin structure are probably linked to DNA replication and turning genes on or off.

Michael Bamshad, M.D., co-senior author and professor of pediatrics at the University of Washington School of Medicine quoted, “It is clear that there may be additional genes in which variants cause Kabuki syndrome, as approximately one-third of cases did not have MLL2 mutations. To find these, it will be important to sequence the exomes of additional, well-characterized cases of Kabuki syndrome in which we do not find we don’t see MLL2 mutations.”

The traditional and highly accurate Sanger DNA sequencing method is presumed to be more capable of reliably detecting frameshifts. This method was supposedly employed in identifying additional MLL2 loss-of-function gene variants. These variants are believed to cause a loss of function in two of the three remaining cases. On completion, investigators were seemingly able to find MLL2 mutations in nine of the 10 patients’ exomes.

The results are probably validated by utilizing Sanger sequencing in more 43 Kabuki syndrome cases. From the total of 43 cases, 26 seemingly revealed new MLL2 variants. Around 33 distinct MLL2 mutations were possibly noted in 35 of 53, or 66 percent, of patients with Kabuki syndrome. It was also affirmed that in each of the 12 cases for which DNA from both parents was available, the MLL2 variants displayed unique mutations. These mutations apparently occurred in the affected individual’s genome and were absent in either parent’s genomes.

The research is published in the online edition of Nature Genetics.