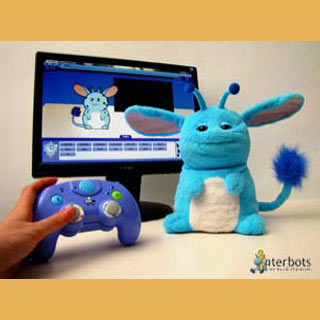 For detecting autism in children various analysis are probably employed including a more recent genetic test. Experts from the Interbots, Carnegie Mellon University Entertainment Technology Center and Autism Center of Pittsburgh have apparently introduced a robot-based therapy that can assist autistic children. It was once affirmed that kids with autism develop skills from virtual peers. Such children are believed to communicate with a non-human entity.

By simply having a frequent conversation with such children, it may be beneficial. Experts reveal that the ‘Character Therapy’ utilizes Popchilla, the Interbot robot to test the autistic kids’ capacity with limited or no verbal skills. In the first phase of the program itself Popchilla will be used with a trained therapist. The newly developed iPad application is believed in enabling therapist to benefit from direct sessions. The transition seems to allow children regulate the robot by an an iPad application for gauging emotions.

Seema Patel, CEO and co-founder of Interbots, said, “We’ve had numerous individuals tell us our robots could be tremendous tools for Autism therapy. We’re excited to be working with the Autism Center of Pittsburgh and the Sprout Foundation to take this first step. We’re going to learn a lot from the next few months.”

Popchilla is claimed to be an intermediary for boosting the understanding of the child’s internal feelings, thus reducing behavioral frustrations. For example, if children are able to determine that they are ‘angry’ and what ‘angry’ means, it can aid in understanding what they are feeling, further decreasing behavioral ramifications. The experts worked on introducing a robot which is extremely simple and flexible in using and regulating them.

The experts mentioned that the iPad application at present is in the production process and the program is most likely to be introduced in the near future.