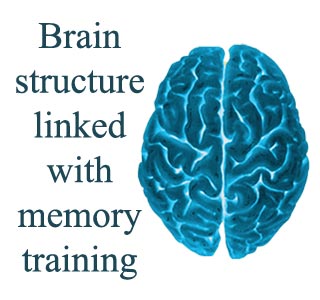 A new study has first time revealed the complex interaction between cognition and the biological structure of the human brain. Through scans, they have shown that the active training of the working memory triggers noticeable changes in the number of dopamine D1 receptors in the brain cortex. This study was conducted by the Karolinska Institutet.

It is stated that the neurotransmitter dopamine is a key element in certain functions of the brain. Thus, a disturbance in the dopamine system could adversely affect the process of the memory, which could in turn make recollection of data over a short period of time difficult. Impaired working memory is found to be, in turn, linked to various cognitive related complications like schizophrenia and ADHD.

The study investigators had earlier revealed that an enhancement of the working memory could be undertaken through a few weeks of intensive training. In unison with the Stockholm Brain Institute, these investigators attempted to better understand this issue. In the present study, through the use of Positron Emission Tomography they have assessed the brain.

The study authors say that the answer to poor working memory cannot be given by the changes noticed in the number of dopamine receptors in the brain. These changes could have taken place as a result of the absence of memory training, or even other environmental factors. They hope to soon discover new treatments that include both memory training and treatment drugs.

They state that their findings could benefit patients suffering from cognitive impairments linked to stroke, chronic fatigue syndrome, ageing, etc.

Their findings are published in the Science journal.