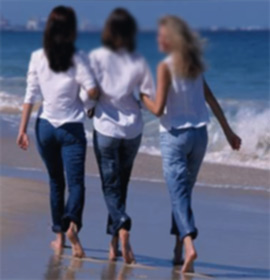 Women who are going through menopause, should pay special attention to their weight to avoid respiratory problems.

According to Dieter Koehler of Germany’s association for pneumology and respiratory medicine, “After menopause, allergic and asthmatic complaints are almost double the level reported by women who are still menstruating.”

The onset of respiratory problems is mainly linked to falling oestrogen after monthly bleeding suspends.

According to research, oestrogen, the female sex hormone, has a protective effect on the lungs.

Women who are especially thin or underweight are particularly affected by the problem. In those women, the oestrogen level after menopause sinks to an especially low level because their bodies store so little fat.

The association recommends women who have entered menopause to make every effort they can to reach and then maintain a normal body weight.

The ideal body mass index for menopausal women in 25.