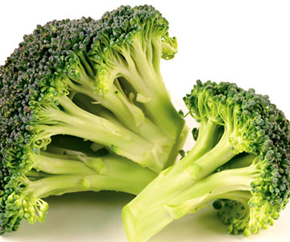 Scientists in the US have suggested that broccoli sprouts which contain antioxidant properties may help to prevent skin cancer when applied directly to the skin.

Broccoli which closely resembles a cauliflower is already known to be a good source of Vitamin C, Vitamin A and fibre.

Now, US scientists have found it to contain a chemical called sulphoraphane that stimulates the body’s natural anti-cancer ability.

The richest source of this chemical can be found in the sprouts of broccoli.

For the study, scientists at the Johns Hopkins University smeared broccoli sprout extract on the skin of six volunteers for three days.

The volunteers were then exposed to high doses of ultraviolet radiation, which is the leading cause of skin cancer.

Pill consisting of tomato compound may shield the heart against diseases