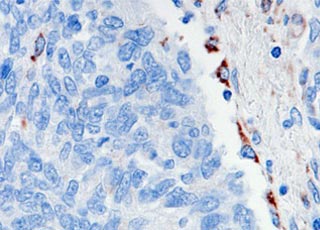 Very recently, we heard about a blood test being developed for detecting lung cancer. More recently, a combined research by experts from Stanford, Monash and John Hopkins universities has unfolded a new technique to combat lung cancer by means of a mechanism which blocks the re-growth of tumors.

Most of the cancer treatments aim at reducing the tumor growth, this analysis however follows a different technique.

“Some aggressive types of cancer respond very well to chemotherapy, but then the real challenge is to stop the tumour coming back. That’s what we investigated,” commented Professor Neil Watkins, lead researcher.

Lung cancer is one of the leading reasons for cancer-related death in Australia. A small proportion of the population is known to suffer from an aggressive kind of lung cancer called small cell lung cancer (SCLC). The latter is suitably responsive to chemotherapy, but re-grows and becomes less reactive to therapies thereafter.

The team stumbled upon a drug that apparently cuts the regrowth of SCLC cells which is also known to regulate organ development and restoration in healthy cells. Professor Watkins puts it that impeding the signaling pathway namely ‘Hedgehog’ could be the principal objective of new SCLC remedies.

By creating a barrier for the signaling pathway, the effectiveness of chemotherapy can be elevated along with prohibition of cancer relapse. The analysts believe that conventional trials focusing on tumor shrinkage may not help in this approach.

The research is published in the journal, Nature Medicine.