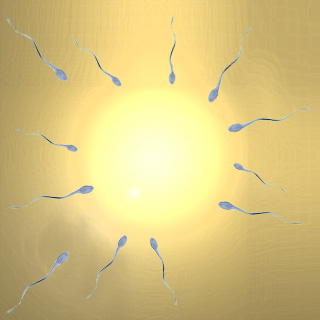 Major advancement has been made in better understanding the causes of infertility. A team of researchers are noted to have created human sperm with the help of embryonic stem cells, for the first time in scientific development. This revolutionary research was led by Professor Karim Nayernia at Newcastle University and the NorthEast England Stem Cell Institute (NESCI).

Through this research, the experts have evidently developed a novel technique where the creation of human sperm may be undergone. These experts believe that an analysis of creating human sperm may in turn aid in better understanding the process of how genetic diseases are passed on.

“This is an important development as it will allow researchers to study in detail how sperm forms and lead to a better understanding of infertility in men – why it happens and what is causing it. This understanding could help us develop new ways to help couples suffering infertility so they can have a child which is genetically their own,” says Professor Nayernia. “It will also allow scientists to study how cells involved in reproduction are affected by toxins, for example, why young boys with leukemia who undergo chemotherapy can become infertile for life – and possibly lead us to a solution.”

In the laboratory, these experts were noted to have developed the stem cells with XY chromosomes (male) into germline stem cells, which were later urged to complete meiosis. Apparently, this procedure seemed to have created the In Vitro Derived sperm (IVD sperm).

When this same technique was evidently applied to the stem cells with XX chromosomes (female), they didn’t seem to have much progress. Thereby indicating that the genes on the Y chromosome may be crucial for meiosis, where the cells divide and split the set of chromosomes inside the nucleus.

However this research is not free of certain controversies.

Professor Nayarnia says, “While we can understand that some people may have concerns, this does not mean that humans can be produced ‘in a dish’ and we have no intention of doing this. This work is a way of investigating why some people are infertile and the reasons behind it. If we have a better understanding of what’s going on it could lead to new ways of treating infertility.”

Evidently this technique has been developed to only aid the experts in better understanding this criterion. They, seemingly, don’t intend to use the IVD sperm for any infertility treatment.

This research has been published in the Stem Cells and Development journal.