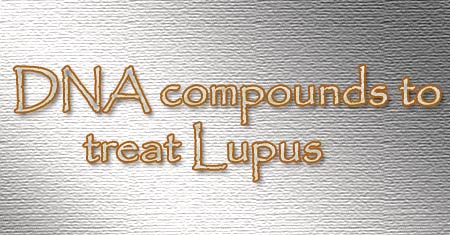 Lupus affects an estimated 1 million Americans. Known to damage the skin, joints and other internal organs, presently this chronic autoimmune condition has no particular cure. However researchers now claim to have developed DNA compounds that could help treat lupus.

The research is a joint effort of a team of scientists led by University of Iowa investigator including researchers at the Boston University School of Medicine. The researchers have supposedly generated DNA-like compounds that inhibit the cells which are primarily responsible for the most common and serious form of lupus called as systemic lupus erythematosus.

The researchers’ laboratory experiments demonstrate the anti-inflammatory effects of class R inhibitory oligonucleotides. The team reveals that in people with lupus periodic flare-ups cause the immune system to generally overreact. This leads the immune system to attack cells and tissues throughout the body mistakenly, consequently resulting in a range of symptoms. Inflammation, pain and a characteristic ‘butterfly rash’ across the cheeks are some common symptoms.

“The increased potency of class R inhibitory oligonucleotides for certain cells involved in lupus flare-ups could help patients by providing specific inhibition, yet allowing them to generate a protective immune response when needed,” explained the study’s lead author, Petar Lenert, M.D., Ph.D., assistant professor of internal medicine at the University Of Iowa Roy Carver College Of Medicine. “With further testing, we hope that class R inhibitory oligonucleotides may become another weapon in the fight against lupus.”

As part of the experiment Lenert and his colleagues used human cell lines and isolated mouse cells. They then exhibited how the DNA-like compounds were capable of selectively reducing the activity of two types of immune cells namely autoreactive B cells and dendritic cells. These compounds were found to delay death while also lowering kidney damage when administered to mice with lupus. Researchers suggest that the effectiveness of these compounds could prove to be beneficial in the treatment of lupus.

More common in women than men, the prevalence of lupus differs by country and ethnicity. While 9 out of 10 people with lupus are females, the condition is also known to be three times more common in African-American women than in Caucasian women. It is also found to exist in a large number of women having Latino, Asian and Native American descent.

The research is printed in the Arthritis Research and Therapy journal. Additional information can be found at the University of Iowa via EurekaAlert!

Family lash out is commonly experienced by a dementia patient