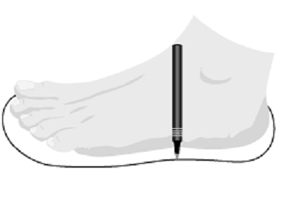 Wearing shoes of the wrong size could cause several complications among diabetics, a new study has found.

A Dundee University study, led by Graham Leese who surveyed 100 people in Britain, found that most diabetics wear shoes of the wrong size, which could cost them a leg, the online edition of BBC News reported.

Badly fitted shoes could cause ulcers. For diabetics, they can be slow to heal, leading to infections and even amputation, said the study, which appeared in the International Journal of Clinical Practice.