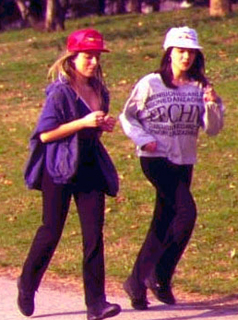 US researcher has found that even exercising for an hour a day is not actually sufficient to reverse the effects of sitting the rest of the day.

University of Missouri-Columbia researchers Marc Hamilton and Theodore Zderic have found evidence that sitting has negative effects on fat and cholesterol metabolism and that physical inactivity throughout the day stimulated disease-promoting processes.

Hamilton also said that there is a misconception that actively excursing is the only way to make a healthy difference in an otherwise sedentary lifestyle. However, his studies found that standing and other non-exercise activities burn many calories in most adults even if they don’t exercise otherwise.

“The enzyme in blood vessels of muscles responsible for ‘fat burning’ are shut off within hours of not standing. Standing and moving lightly will re-engage the enzymes, and it stands to reason that when people sit much of that time they are losing the opportunity for optimal metabolism throughout the day,” said Hamilton.

These findings have been published in Diabetes and will be presented at the Second International Congress on Physical Activity and Public Health in the Netherlands.