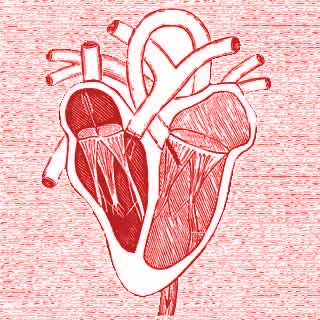 A lot of studies may have been conducted with the aim of better evaluating and understanding the process in which heart attack takes place and it’s after effects. However, not many may have attempted to come up with a way of reducing the amount of damage incurred post such an attack.

Now, a team of investigators from The University of New South Wales have shown how a new drug, that aims for a key disease-causing gene, may be capable of lowering the amount of heart muscle damage taking place after a heart attack. This may in turn lead to a significant improvement in the outcome of the patient.

Seemingly, the Dz13 drug was stated to mainly aim and neutralize the genes which may be credited for muscle damage and inflammation post a heart attack. Apart from this, the drug was also noted to be instrumental in reducing incidental cell and tissue death, which may have been caused from life-saving interventions like stent placements and balloon angioplasty. It seems that the Dz13 drug shields the heart’s pumping action, which increases the patient’s chances of completely recovering post their heart attack.

“While this drug doesn’t prevent the heart attack, it does reduce the damaging effects of the blockage on the heart once it’s happened,” says lead investigator, Professor Levon Khachigian, UNSW’s Centre for Vascular Research. “It’s a targeted therapy that can be used to complement other procedures and improve chances of a normal recovery.”

Professor Khachigian explains that during a heart attack, the heart muscle may suffer damage at two times. Once, when the first blockage takes place which results in chest pain; and next, when “revascularization” intervention like stenting, etc. may be conducted to reopen the blocked artery.

“At both these times a range of potentially damaging coordinated molecular responses kick in,” elucidates Professor Khachigian. “We have been able to develop a drug to silence a disease-triggering gene. The drug improves heart function, regardless of whether it’s administered at the time of the heart attack, or at the time of the revascularization process.”

Co-author, Dr. Ravinay Bhindi from Royal North Shore Hospital says that the Dz13 drug, apart from structurally reducing the size of the heart attack also seems to be able to shield the function of the heart muscle. Seemingly, in unison, both of these factors are believed to be useful in improving the patient’s outcome.

These experts feel that this interesting procedure signifies the crucial potential advancement made in the field of treatment of heart disease.

A paper on the findings observed in animal study appears in the journal Arteriosclerosis, Thrombosis and Vascular Biology.