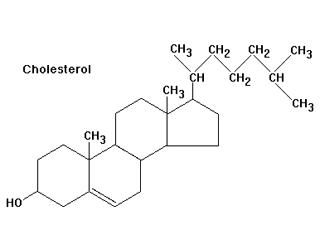 People suffering from low levels of “good” HDL (High-density lipoproteins) cholesterol and high levels of homocysteine are at an increased risk of having memory problems and greater disability after stroke, states a newly conducted research.

Homocysteine is an amino acid produced from the metabolization of other amino acids. It is acquired mostly from eating meat.

3,680 men and women who were above 35 years of age, from various places such in the United States, Canada, and Scotland who had suffered a mild to moderate stroke within the past three months, were included in the research. All the participants completed tests of brain function and disability and were followed for two years.

During the research, experts recognized a number of factors that predicted memory and disability problems after stroke: increased age, non-Caucasian race, recurrent stroke, diabetes, stroke in the left side of the brain, higher levels of homocysteine and lower levels of high-density lipoproteins (HDL), generally dubbed as “good” cholesterol.

“People with low levels of HDL, high levels of homocysteine, and diabetes are twice as likely as those without such problems to have poorer cognitive function and greater disability after stroke,” Newman stated.

Newman further noted that stroke recovery was the most difficult for those above the age of 57 years, who had high levels of homocysteine, which is a risk factor for heart problems and associated with low levels of vitamin B6, B12, folic acid and kidney disease.

As of now it has not been ascertained as to why these factors result in contributing to a slower stroke recovery and more research is needed, Newman said. “We need to focus our attention on identifying and treating these vascular risk factors since they can be modified.”