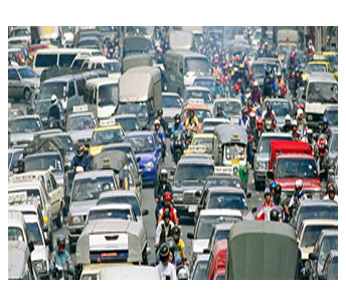 A new study has suggested that women living and working in cities may face higher risk of developing breast cancer than those who do not live or work in such places. The researchers labeled pollution as the major reason.

Researchers presenting their study to the Radiological Society of North America said women who live or work in cities should pay greater attention to breast screening because air pollution was likely to be the cause of denser breasts.

Breasts are partly composed of fat and partly ‘dense’ glandular tissue. The new study analyzed mammograms of 972 women in Britain who had taken part in breast screening.

The results showed that city women aged 45 to 54 were more than twice as likely to have at least 25 percent of their breasts made of dense tissue as those from the countryside.

‘Women who live or work in cities should pay greater attention to breast screening,’ said Kefah Mokbel, one of the researchers at London’s private Princess Grace Hospital.

‘The other implication is that we have to focus on better traffic management and find ways to reduce traffic emissions.

‘This is an important issue for the public and politicians, and it’s vital that we raise awareness of the link we have found.’ Mokbel added.

Risk of cancer seemingly linked with length of biological marker