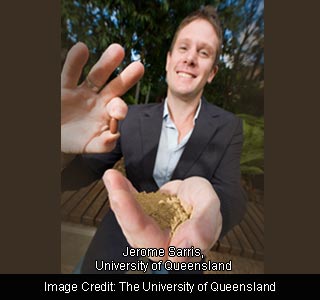 Extract of a traditional medicinal plant from the South Pacific was found to be efficient and harmless for treating anxiety patients. The water-soluble extract from Kava is believed to be safe for use in the treatment of anxiety and depression. This observation, which was said to have been made for the first time globally, was made by the University of Queensland investigators.

These investigators seemingly noted that the water-soluble extract of Kava may be a beneficial mode of treating people suffering with different levels of depression and chronic anxiety.

Jerome Sarris, PhD candidate from the School of Medicine, University of Queensland, says that, “We’ve been able to show that Kava offers a natural alternative for the treatment of anxiety, and unlike some pharmaceutical options, has less risk of dependency and less potential of side effects.”

This claim was made following the clinical trial which was conducted on a number of subjects. It was stated that these subjects had to undergo a weekly clinical assessment along with a self-rating questionnaire in order to gauge the amount of their depression and anxiety.

It was seemingly observed that there was a greater significant reduce in the level of anxiety of the subjects on Kava as compared to the one’s on dummy pills. The former group was believed to have been daily provided with about five tablets of Kava.

Another crucial observation that was made was that Kava tablets also succeeded in lowering the level of depression in the patients. Having said this, it was also stated that due to certain apprehensions over liver toxicity this particular medicinal plant was banned in certain regions like UK, Canada and Europe.

Although this particular trial didn’t seem to face any health complications, a need was mentioned for larger studies to determine the safety of the drug. Sarris elucidates that, “When extracted in the appropriate way, Kava may pose less or no potential liver problems. I hope the results will encourage governments to reconsider the ban.”

He goes on to also say that they have supposedly made use of the extract from the peeled rootstock of a medicinal cultivator of the Kava plant. Moreover its use for medicinal purposes is apparently permissible in Australia.

The findings are believed to soon be published online in the Springer journal Psychopharmacology.