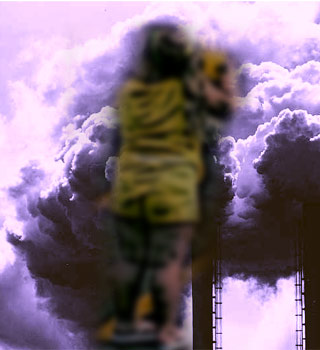 The other day we had mentioned how thinking could make you fat, now a research blames pollution for making kids fat. The startling Spanish study reveals that children who are exposed to pesticide in the womb will be twice as likely to be overweight. This could thus disprove weight gain to be an individual liability.

The study brings to light the role of pollution in deciding whether a child will be fat or not even before it is born. The distinct study shows that exposure of babies to some common chemicals while they are still in the womb could increase their susceptibility to weight gain before the age of 10.

Dr Pete Myers, chief scientist at the US-based Environmental Health Sciences, mentioned, “This is very important. It is the first good study of the effects on the foetus. Its conclusions are not surprising, given what we know from the animal experiments, but it firmly links such chemicals to the biggest challenge facing public health today.”

He further added, “This is plausible, but the animal experiments point elsewhere. These have shown that obesogens switch genes on and off in the womb, causing stem cells to be turned into fat cells. The children then grow up with a much greater disposition to store and accumulate fat.”

The study was carried out by scientists at Barcelona’s Municipal Institute of Medical Research. The study is the first of its kind to link chemical contamination of the womb where we are most vulnerable with obesity. Nearly 403 children on the Spanish island of Menorca were examined for levels of hexachlorobenzene (HCB) in the umbilical cords. A globally banned pesticide, HCB is found in food and is known to persist in the environment.

Children with the highest levels of HCB were twice more likely to be obese by the time they turned 6 and a half according to the researchers. An earlier study had shown the presence of bisphenol A in nearly 90% of Americans who were exposed to the chemical in the womb with nearly 95% adults excreting it in their urine.

BPA is a common chemical used in baby bottles and cans of food, and phthalates, found in cosmetics and shampoos. The team of researchers is now looking to minimize the exposure to similar pesticides. They also emphasize on the discovery of novel ways to reduce the exposures to these chemicals so that changing diet and lifestyle has a chance to work.

Nearly 300 million people worldwide are obese with more than a quarter of all British adults and a fifth of children suffering from obesity.

The current issue of the journal Acta Paediatrica has published these findings.