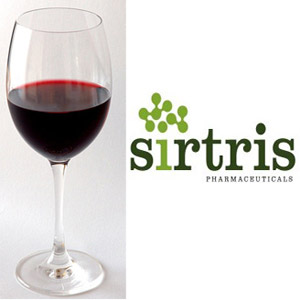 A pharmaceutical company called Sirtris Pharmaceuticals has developed drugs that have the potential to treat diseases related to aging such as Type 2 Diabetes. These drugs mimic the health-related protective effects of a chemical compound found in red wine and specifically target SIRT1, a gene in the human body that controls the aging process.

Sirtris co-founder Professor David Sinclair from Harvard Medical School together with other Sirtris scientists had previously found that resveratrol, a SIRT1 activator found in red wine, could reduce the impact of a high fat diet, increase stamina two-fold and significantly extend one’s lifespan.

It was also estimated that a person would have to drink around 1000 bottles of red wine to obtain an equivalent dose of resveratrol.

“The new drug candidates represent a significant milestone because they are the first molecules that have been designed to act on genes that control the aging process,” said Christoph Westphal, Chief Executive Officer and Vice Chair of Sirtris Pharmaceuticals.

“The breakthrough in potency we have achieved with the novel chemical entities (NCEs) means that we can obtain the health benefits of resveratrol with a considerably low dose,” added Westphal.

As of now, the drug has been successfully tested on rodents for type 2 diabetes and will soon be tested in people.

This drug could just be an alternative to diabetes treatments such as Avandia that lower blood sugar but have caused heart problems for some.

In mice, it was found to reverse the effects of over-eating, keeping their livers healthy and insulin down.

Scientists feel that this effect is all due to resveratrol’s ability to activate the Sirt1 protein that affects the metabolism.

Activating the protein could help stave off the cellular damage that causes other diseases that come with age, such as cancer, Alzheimer’s and heart disease.

“One wants to believe that this target is broader than just metabolic diseases,” he says. “In the perfect world the target would be all diseases of ageing,” it adds.