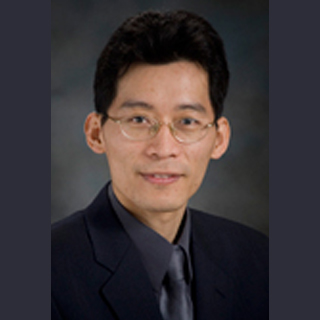 Researchers are attempting to find out new ways to treat cancer effectively. Well, here’s one! Augmenting comprehension of the Skp2 gene and its association with cellular senescence could result in the growth of new agents that may hold back tumor development in general kinds of cancer. At least this is what a study from the University of Texas M. D. Anderson Cancer Center and Memorial Sloan-Kettering Cancer Center claims.

Skp2 is said to be encompassed in endorsing cell cycle regulation, cell proliferation, cell development and the formation of tumors and it is believed to be overexpressed in various human cancers. Experts seem to discover that inactivating Skp2 after oncogenes are overexpressed to suppress cancer development by causing senescence, the permanent loss of a cell’s capability to split and develop. Binding the power of cellular senescence to shove quickly dividing cells into an inactive state might offer a different way to avert or regulate common malignancies such as prostate cancer.

The study authors seemed to perform a chain of experiments in tumor cell lines and mouse models that have apparently thrown new light on the interplay of Skp2 and cellular senescence.

Lead author Hui-Kuan Lin, Ph.D., an assistant professor in M. D. Anderson’s Department of Molecular and Cellular Oncology, mentioned, “We discovered that Skp2 actually exhibits oncogenic activity, which is required for cancer development in multiple tumor models, such as the Pten-deficient and the p19Arf -deficient mouse models. We found that Skp2 regulates tumorigenesis to trigger the cellular senescence program. This program is unexpectedly independent of the p19Arf-p53 pathway, which was previously believed to be critical for cellular senescence.”

The study authors also discovered that initiation of cellular senescence did not cause DNA impairment and their outcomes appeared to propose that Skp2 inactivation may stifle cellular transformation to cancer even in the setting of a damaged p19Arf-p53 senescence response. Furthermore, study performed in mouse models with faulty or inactive tumor suppressor networks illustrate that Skp2 deficiency and oncogenic signaling appeared to bring out a senescence response that seems to limit formation of tumors.

Lin mentioned that these studies propose that in the future Skp2 could be an effectual therapeutic target for tumors with deregulated Akt signaling owing to the loss or inactivation of Pten functions. Pten, which is said to be generally lost in human cancers, seems to perform as a tumor suppressor gene by holding back Akt signaling. Skp2 and Pten loss are said to assist in activating cellular senescence to curb invasive prostate cancer.

Lin, who formerly was associated with Memorial Sloan-Kettering Cancer Center’s Department of Pathology and Cancer Biology and Genetics program and carried on his study at M. D. Anderson, commented, “We now want to examine whether Skp2 is required in other tumor model systems, such as a HER2 model, to determine whether it is globally required for an oncogenic event. We are testing whether Skp2 might be widely used for different types of cancer or perhaps used to trigger this newly described cellular senescence program.”

The study authors also are working to craft a Skp2-specific small molecule inhibitor to corroborate that the protein is definitely a vital therapeutic target in cancer treatment. They consider that Skp2-based therapy could also be used as a common cancer treatment that may be merged with present cancer therapies.

The study was published in the journal Nature.