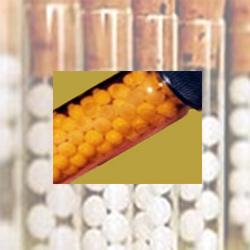 A British health Official has said that people who use homeopathic medicines could in fact be causing themselves more harm than good.

Homeopathy is an alternative form of medicine whose remedies are supposed to offer therapeutic cures without any side-effects. The idea of homeopathy is directly opposed to allopathic drug treatments.

However, David King a chief scientific adviser said that Homeopathy was of no medical use at all. He even criticized the Department of Health for supporting the use of this treatment.

David King, said, “There is not one jot of evidence supporting the notion that homeopathic medicines are of any assistance whatsoever. Therefore, I would say they are a risk to the population because people may take them expecting they are dealing with a serious problem.”

King expressed his concern that the Medicines Health and Regulatory Authority allowed homeopaths to state on labels what ailments their remedies would treat.

“How can you have homeopathic medicines labeled by a department which is driven by science,” he was quoted as saying.

As of now, nobody from the Society of Homeopaths has been available for comment.