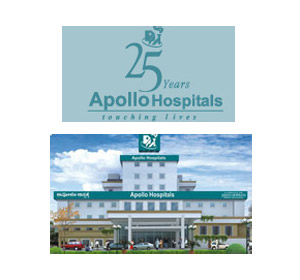 On December 7, the Apollo Hospitals in Bangalore, a southern state of India launched a centre for bloodless surgery. Such surgeries reduce the transmission of infections while the surgery is being performed and also prevent the huge loss of blood.

According to Dr.Umesh Gupta, director-medical services, chief quality officer, Apollo Hospitals Enterprises, Bangalore, “The driver of the bloodless surgery in the US was the lack of availability of blood. A Christian sect Jehovah’s Children gave a shot in the arm to such surgeries and were the biggest trigger behind so many centres in the US. Their beliefs do not allow them to accept blood transfusions.”

In fact, only recently, we had reported about a 14-year old Jehovah’s Witness who died of Leukemia after he declined to undergo a blood transfusion. In fact, a judge had ruled that the boy could not be forced to receive blood transfusions to treat the disease.

Bloodless surgeries are becoming hugely popular all over the world. In fact, the US alone has 15 bloodless surgery centres, while Canada has three and China just one.

Besides, reducing the chances of infections and preventing the loss of blood, such procedures are also not so expensive compared to the cost of blood transfusions.

“It costs $2500-3000 for one transfusion in the US and there are fewer donors in the US today,” said Dr.Jitendra K G P, senior consultant, Apollo Hospitals.

The bloodless surgery procedure requires advanced anesthetic techniques to be used. For instance, a heart surgery would need just a 5cm incision instead of the standard 12cm. In the case of a blood test, Apollo Hospital’s centre will depend of micro-sampling.

Bloodless surgeries were first made popular by the Austrian orthopedic surgeon Dr.Adolph Lorenz at the beginning of the 20th Century. In fact, he came to be known as the bloodless surgeon of Vienna as he treated his patients with non-invasive techniques. Interestingly, his medical procedure resulted from his allergy to carbolic acid that was frequently used in the operating theatres during his time.