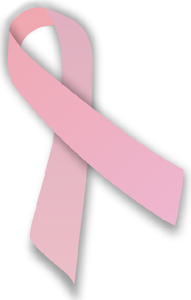 Scientists at M.D. Anderson Cancer Center in Houston think there is no need for the post breast cancer chemotherapy. A new research shows that it is of no extra use to the whole treatment process. In fact, it is known that ultrahigh doses of chemo are extremely toxic. Moreover, estimates show that around 20,000 women who received the treatment in the U.S. have died from the toxicity.

Chemotherapy started with the removal/extraction of bone-marrow stem cells from breast-cancer patients before the surgery. Then the patient was operated to remove the malignant tumor and then high doses of chemotherapy were given to kill the cells that did not get removed in the operation. Then the stem cells are again infused in the body to restore the immune system cells which were destroyed in the treatment.

Earlier the doctors used to believe that the chemotherapy after the removal of breast cancer tumors helps in destroying the malignant cells which remained in the body even after the surgery. The new findings have come after a thorough research analysis of 15 trials involving 6,200 patients.

Even the insurance companies were reluctant to insure such treatments as they argued that it was too experimental. Now more and more effective medicines and drugs are coming in the market which can take care of the post treatment problems. This has also lead to people showing lesser interest in the chemotherapy.

The study led by Donald Berry, included women with all types of breast cancer and all were at the beginning stages of the disease. The main aim of the experiments was to see whether the extra chemotherapy doses are helpful or not. After the removal of tumor all the women had tested positive for cancer in some lymph nodes.

The most surprising thing was that the women who received treatment after the surgery did not have any longer survival than the ones who did not get the treatment.
“I was expecting some subsets of women to show some survival benefit.

Many studies had been suggesting that there were some patients, such as young patients and women with triple negative cancer” — that is, cancer cells that lack receptors for estrogen, progesterone or HER2, which makes them difficult to treat with drugs — “that would benefit. But our analysis shows that’s not true,” said Berry.

“I was surprised by the results,” he added.

“This report should absolutely, definitively and for all time close the door on this treatment,” says Dr. Larry Norton of Memorial Sloan-Kettering Cancer Center in New York City.