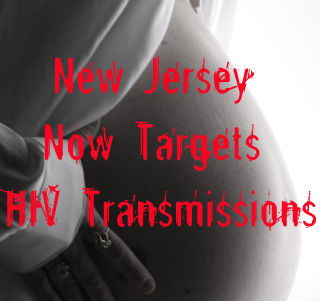 It will soon become obligatory for all pregnant women residing in New Jersey to undergo an HIV test. Only those women who opt out under the legislation signed into law by Richard Codey, the Senate president serving as acting governor while Jon Corzine is on a leave, can be exempted.

In 1992, there were as many as 945 children in the U.S. who were afflicted with AIDS due to HIV transmission during childbirth; 2004 saw a major dip to merely 48 affected children. One of the significant reasons behind this drastic improvement in numbers was the identification of infected pregnant women and the efficiency of preventative drugs in decreasing mother-to-child transmission, stated a CDC report.

New York, Connecticut, Illinois and Indiana were the only states that needed some form of newborn testing, Codey said. Out of these four states, none require universal opt-out testing for pregnant mothers.

The legislation has been sponsored by Codey in the Senate. According to him, it is one the lines of the recommendations from the Centers for Disease Control and Prevention. As per a 2006 report, the CDC projected that the rate of transmission during childbirth could be dropped down to less than 2 percent from about 25 percent with an appropriate blend of universal screening, preventative drugs, Cesarean delivery and avoidance of breast feeding.

According to Kaiser Foundation there are over 17,000 HIV positive people living in New Jersey, out of which more than 32% are women.

New Jersey’s latest law will come into effect in the next six months’ time.