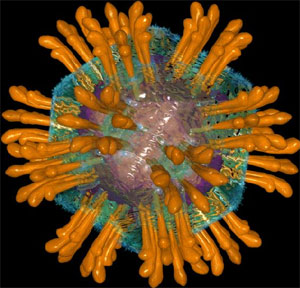 It seems that treating Hepatitis C for shorter durations can be effective for some patients. This was discovered after two randomized controlled trials were conducted in Italy and Norway.

A majority of patients who showed a viral response at Week 4 were cured by a 24-week therapy, however, for patients who didn’t show a response until Week 12, 72 weeks of treatment was required for an approximately similar cure rate.

Researchers in Norway led by Olav Dalgard conducted a randomized controlled trial of 428 patients with HCV genotype 2 or 3 to assess the success rate of 14 weeks of treatment with the drugs peginterferon and ribavirin — for 14 or 24 weeks.

The researchers found that 81 percent of patients in the 14-week treatment group achieved a sustained viral response, with 86 percent still cured at 24-weeks post-treatment.