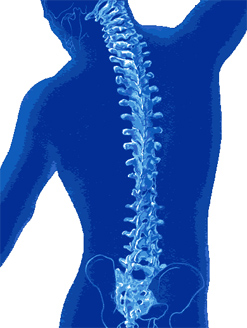 A new ray of hope has emerged for paralyzed people. UCLA scientists have reportedly managed to restore the walking function in mice that have spinal cord injuries.

The UCLA study has proven that the nervous system is able to reorganize itself and transmit the messages from the brain to the spinal cord.

Up until now, it was thought that the only way for injured patients to regain their walking function again was to re-grow the long nerve highways that link the brain and the base of the spinal cord.

The team led by Dr.Michael Sofroniew, professor of neurobiology at the David Geffen School of Medicine at UCLA, used a mouse model which blocked half of the long nerve fibers in different places and at different times on each side of the spinal cord.

But, the team did not touch the spinal cord’s center, which is a region that is used to send nervous impulses over short distances up and down the spinal cord.

The team found out that under certain conditions, the direct signals from the brain that deliver the command to move the legs were still delivered through a series of shorter connections.

“We were excited to see that most of the mice regained the ability to control their legs within eight weeks. They walked more slowly and less confidently than before their injury, but still recovered mobility,” said Sofroniew.

“Imagine the long nerve fibers that run between the cells in the brain and lower spinal cord as major freeways. When there’s a traffic accident on the freeway, what do drivers do? They take shorter surface streets. These detours aren’t as fast or direct, but still allow drivers to reach their destination,” he explained.

Also, it was noticed that when the scientists blocked the short nerve pathways in the center of the spinal cord, the paralysis returned.

If the scientists and others around the world are able to fully understand these mechanisms, a new series of treatments for paralyzed patients could emerge.

Overweight People are more likely to have Bad Breath