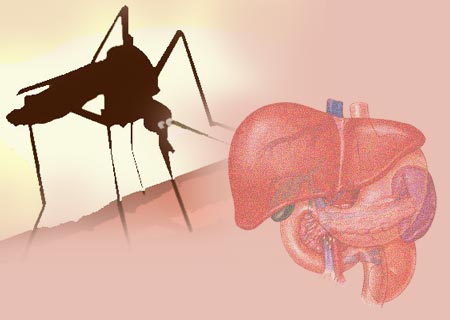 ‘You’re so weak; you couldn’t even kill a mosquito’. This thought often implies that a person lacked guts to do anything in life if he couldn’t accomplish a feat so trifle like swatting a mosquito. Human strength and courage has been aptly gauged since time immemorial in this simple but profound saying. But today, this phrase has taken a whole new meaning and implies much more than it earlier did. Today if you don’t kill the mosquito, it will kill you! In retrospection, if you don’t have the courage to send this deadly, multi-winged insect, harmlessly buzzing around your room, to its grave, then be prepared. It could just mean that you lack the courage you need to save your own life, as it might just send you to an early grave!

Although presence of malaria precedes humans, the malarial parasite has uniquely evolved with its hosts. First used by Leonardo Bruni in a publication in 1476, the word malaria means Bad (mal) air in Medieval Latin. Since then it has been honored with many more names like ‘the ague’ or ‘marsh fever’ or ‘plaudism’. Transmitted by a bite of the female anopheles mosquito, the plasmodium parasite uses both the mosquito as well as humans as its hosts to derive its nutrition and multiply. It is the commonest cause of fever in tropical countries like India and should be checked for in every ill patient. It can be caused by 4 species namely vivax, falciparum, ovale and malariae. The incubation periods for all are different and they all cause more or less the same array of symptoms but differ in recurrence of fever spikes.

Common symptoms of malaria are fever and chills preceded by headache, body ache, myalgia and anorexia. Some patients may suffer from nausea, vomiting and sweating also. Tertian i.e. fever peaking every 2 days is classic in malaria caused by all species except plasmodium malaria which causes spikes every 3 days. Common signs include pallor, jaundice, enlarged liver and spleen with no rash or lymph node enlargement seen. If untreated it might be fatal and thus is one of the largest contributors to deaths in the tropics.

The latest addition in this list of flu-like symptoms is a more deadly symptom, stroke. Seen for the first time, a mutation of p.vivax is seemingly causing stroke in patients. Cases reported in 8 hospitals across Mumbai city have left top cardiologists baffled. The vivax species of the parasite is the most deadly one and is known for its tendency to relapse. Generally known to present with body ache and fever, its mutant strain is now causing its victims breathlessness, restlessness and chest pain. As the parasite resides in the RBCs, when the cell ruptures several proteins are released which bring about clotting of blood. This causes formation of a small blood clot which might stay and travel in the blood stream to reach the brain. It causes a stroke or a heart attack if it reaches the small arteries of the heart. As observed, treatment of malaria caused all cardiac symptoms to improve in the patients admitted in some of the top hospitals of Mumbai, proving that though rare, it’s very much present. All patients showing chest symptoms must therefore be investigated for malaria and not just for routine cardiac disorders.

Diagnosis of the condition is done based on blood smears, a routine blood count, and the newer rapid malarial antigen tests. If required blood culture may be ordered. Reports are known to yield maximum positive results when blood sample is taken during a fever spike. Complications of the disease can be many and unforeseen. Falciparum malaria is especially known to cause cerebral malaria. The spectrum of complications includes convulsions, hypoglycemia, anemia, acute renal failure due to severe dehydration, hyperparasitaemia and pulmonary edema.

Treatment of malaria includes antimalarials, paracetamol for fever, analgesics if there is too much myalgia. In case of severe anemia, blood transfusion might be necessary while tepid water sponging must be done to keep fever down. Adequate fluid intake and urine output must be maintained and monitored throughout the illness. Prophylactic antimalarials might be given to pregnant mothers and household members of the patient, though it isn’t always successful.

Prevention is better than cure is an age-old adage and couldn’t be more aptly used than in the case of protection from malaria. Avoiding the deadly bite is the only way to stay away from the deadly disease. It also emphasizes the urgent need for control of anopheles mosquitoes in the community and at a personal level. At an individual level, wearing long-sleeved clothing, using mosquito repellant creams or sprays, using nets over the bed are a good idea. Each house should be screened for malaria especially in high prevalence areas. At the community level, more attention needs to be given to the problem by spraying insecticides at water collection sites, providing insecticide treated nets, reducing waste lands, avoiding litter which acts as breeding areas for mosquitoes and better drainage facilities.

Good water and sanitation management are of key importance. However above all, health education at the grassroot level and community participation could be significant in achieving true control over the problem of malaria. People must be educated about sanitation and hygiene, not only in their own houses but also in their societies and area. They must be counseled regarding symptoms of malaria to bring about detection and treatment at the earliest possible and thereby prevent rapid spread in the community.

The pestilence of malaria should thus be prevented and treated and thereby controlled at war footing to prevent the 6 million deaths occurring annually due to the deadly bite.