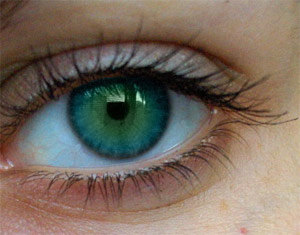 Doctors at the famous Bombay Hospital and Research Centre have successfully managed to restore eyesight of a poor man from Uttar Pradesh by performing the rare ‘tooth-in-eye’ surgery. On January 3, ophthalmic surgeons at the Bombay Hospital restored vision to 50-year-old Ansari Bakridi by implanting a part of his canine tooth in his eye.

Two days after the procedure, Bakridi, a handcart puller from Govandi, is already showing signs of recovery. He had lost his vision after developing ulcers in both eyes two years ago. “I can recognise colours and shapes now,” said an elated Bakridi.

After three failed corneal transplants, Bakridi was referred to the Taparia Institute of Ophthalmology at Bombay Hospital, where the four-hour long operation was performed by ophthalmic surgeon Dr. Sonia Nankani, along with a team of doctors and anaesthetists.

“The procedure is beneficial to patients suffering from Steven Johnson’s Disease (extreme allergic reaction to medication) or heat, burns or chemical trauma,” said Dr Nankani, adding that only those with intact retinas can benefit from the surgery.

The technique reads like an excerpt from a sci-fi novel. A hole is drilled in the canine tooth and a polymethylmethacrylate cylinder, about 6mm long (made of the same material as the intraocular lens used after cataract surgery), is fitted in the hole.

This artificial eye is then placed under the skin of the cheek, just below the eye for about three months, during which time it grows new soft tissues. Later, the prosthesis is removed from the cheek and implanted in the eye, enabling vision.

“The canine tooth is extracted with the entire root and part of the jaw bone. At the same time, the buccal mucosa membrane (from inside the cheek) is removed and placed like a flap, completely covering the white of the eye from eyelid to eyelid,” explains Dr. Nankani
Post surgery, however, only the whites of Bakridi’s eyes can be seen. This is because the iris, which gives the eyeball its color, has been removed.

“The iris and the lens are removed and replaced by the artificial tooth contraption. The light rays travel through the implant and get focused on the retina,” says Dr. Nankani.

But Bakridi is unperturbed by his looks, and is full of praise for the doctors who have restored his vision. “I can now go back to my job,” says the father of six.