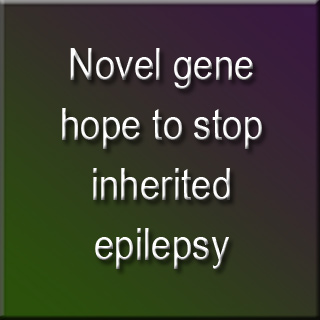 Scientists at Leeds claim to have prevented epilepsy from being passed on to mice offspring. This is an accomplishment which seems to indicate novel therapies for people suffering from the condition.

Epilepsy is known to be a common neurological condition. It is estimated to affect nearly 1 in every 200 people, and in many cases, the causes seem to be unknown. The drug treatments which are available at present appear to be ineffective in approximately one third of epilepsy patients.

Lead investigator, Dr Steve Clapcote, of the University of Leeds’ Faculty of Biological Sciences stated that, “Atp1a3 makes an enzyme called a sodium-potassium pump that regulates levels of sodium and potassium in the brain’s nerve cells. An imbalance of sodium and potassium levels has long been suspected to lead to epileptic seizures, but our study is the first to show beyond any doubt that a defect in this gene is responsible.”

In order to establish the gene’s role, the team examined a special strain of mouse, called Myshkin, which was believed to have an inherited form of severe epilepsy. The findings revealed that these mice seem to have a defective Atp1a3 gene. Apparently, this gene showed spontaneous seizures which displayed the distinctive brain activity of epilepsy. However, in order to confirm that the seizures were epileptic, the team demonstrated that mice treated with an antiepileptic drug called valproic acid appear to have fewer, less severe seizures.

For the purpose of better understanding this criterion, scientists bred the epileptic Myshkin strain with a transgenic mouse strain. Allegedly, this transgenic mouse strain has an extra copy of the normal Atp1a3 gene. It was then observed that the additional normal gene counteracted the faulty gene which resulted in offspring that were completely free from epilepsy.

“Our study has identified a new way in which epilepsy can be caused and prevented in mice, and therefore it may provide clues to potential causes, therapies and preventive measures in human epilepsy,” explains Dr Clapcote. Dr Clapcote further claimed that, “Our results are very promising, but there’s a long way to go before this research could yield new antiepileptic therapies. However, the human ATP1A3 gene matches the mouse version of the gene by more than 99 per cent, so we’ve already started to screen DNA samples from epilepsy patients to investigate whether ATP1A3 gene defects are involved the human condition.”

This chief study offers certain evidence that a faulty version of a gene known as Atp1a3 appears to be accountable for causing epileptic seizures in mice.

The findings of the study will be published in the US journal Proceedings of the National Academy of Sciences (PNAS).