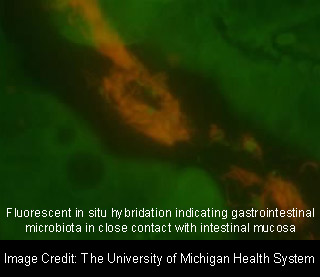 If you are one of those people who immediately pop-in an antibiotic on even the slightest pain felt, then this particular study may prove to be beneficial to you. It is stated that antibiotics may temporarily disrupt the normal balance of protective bacteria in the human intestinal tract. However there are certain speculations as to which of the antibiotics may cause the most harm, and also if the helpful bacteria manages to return immediately or remains dazed for a short while. Now a team of experts from the University of Michigan have shown that two types of antibiotics may have moderate to wide-ranging changes in the levels of the protective navy of bacteria.

The study investigators have shown that one type of an antibiotic seemed to have disrupted the bacteria in such a way that they could not get back to their usual self for until after many weeks after the course of antibiotics was over. The study findings could prove to be helpful in making the right choice of antibiotics to reduce the adverse side-effects of diarrhea, inflammatory bowel diseases, etc. among others.

Unless a way of shielding or revitalizing the gut is not discovered, “we may be doing long-term damage to our close friends,” said study author, Vincent B. Young, M.D., Ph.D., assistant professor in the departments of internal medicine and microbiology and immunology at the U-M Medical School.

An analysis was conducted on mice models to better evaluate the effects of cefoperazone, a broad-spectrum cephalosporin antibiotic; and a combination of three antibiotics (amoxicillin, bismuth and metronidazole). These experts were believed to have observed the changes that took place in the guts of these animals immediately after the antibiotics were stopped, as well as after a period of six weeks post the completion of their treatment.

Young notes that, “Both antibiotic treatments caused significant changes in the gut microbial community. However, in the mice given cefoperazone, there was no recovery of normal diversity. In other mice given the amoxicillin-containing combination, the microbiota largely recovered, but not completely.”

Another astounding thing that was noticed was that socializing seemed to boost recovery of the most seriously affected mice, which were given cefoperazone. It was observed that placing a normal mouse in the same cage seemed to bring about an improvement in the condition of the affected mice.

Based on these findings, the study investigators were believed to have suggested people to use antibiotics only when they were indicated. This suggestion is stated to mainly be applicable to those patients with health issues, which may already be putting pressure on their gut microbe health. However it was even noted that these findings don’t intent to suggest that the well-known probiotic supplements may be harmless and effective for restoring the healthy gut microbes of every concerned individual. The patient’s individual needs and requirements may be required to be taken in to consideration for this. Probiotics may be included in this solution, however not much is known about this yet.

This study was published in Infection and Immunity issue.

Launch of Red Book announced for mobile and web